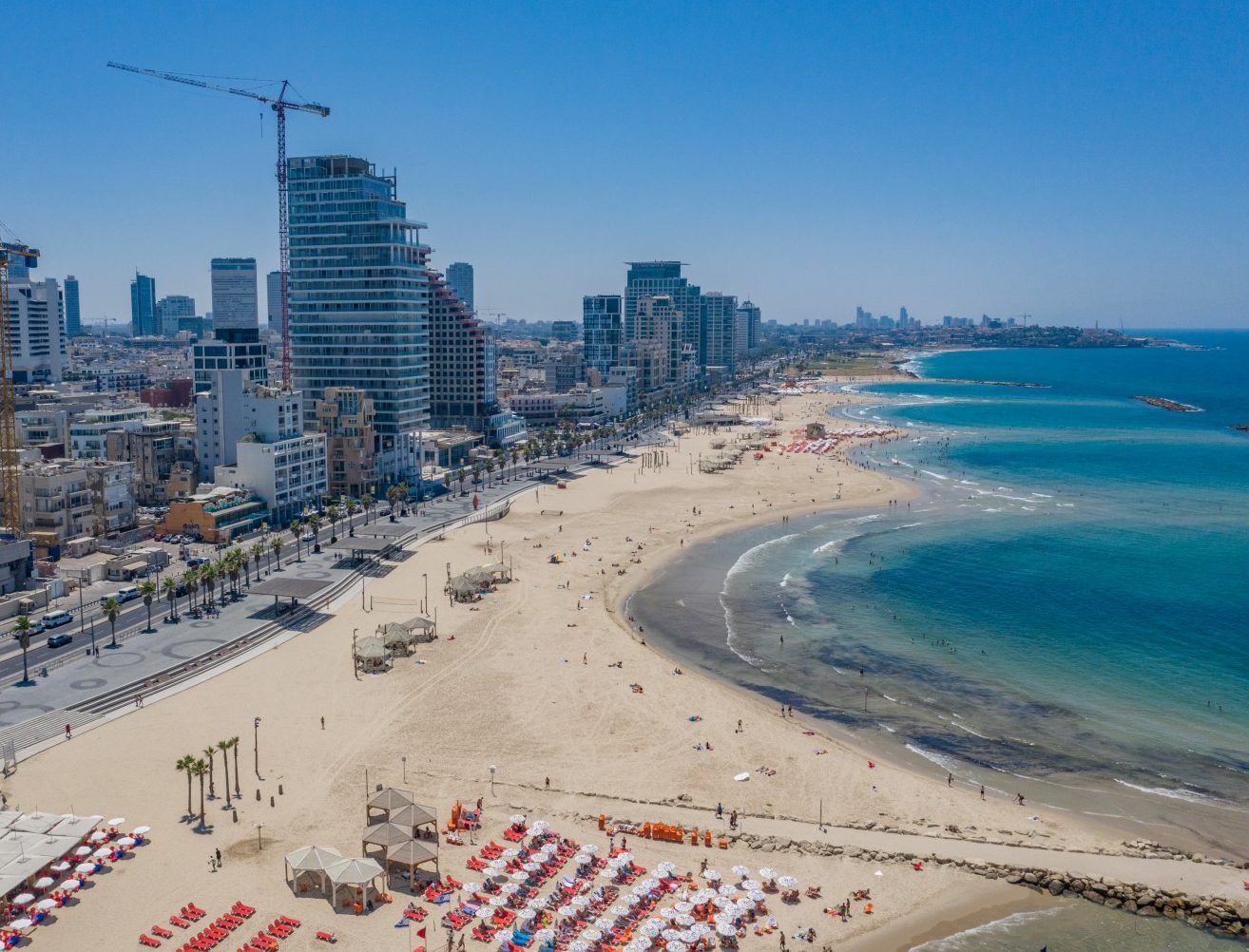 “Thanks to its beach, history and atmosphere” Tel-Aviv won second place in the list of recommended destinations in the world, published by the prestigious Forbes Magazine in 2020.

The Atarim Group places an emphasis on developing, managing and making the coastline accessible, with the purpose of promoting the quality of life for its residents, tourist and the city’s business places.

The urban coastline is composed from an assortment of various spaces offering a vast combination of uses and services for the city’s residents and visitors. The Group’s strategic plan divides the coastline components according to the following fields:

The Tel-Aviv-Yafo Coastline is rich in natural resources and is home to an extensive variety of flora and natural habitats. The Ataraim Group strives to develop the coastline in a manner that observes the objective of preserving the city’s blue space: the sea is an invaluable natural resource.

In order to promote innovation, technology and gather details in blue economics, which can help the sustaining development of the city’s coastline, in Israel and abroad – the Atarim Group has set up an innovative, urban, marine space in the Jaffa Port. This innovative space is a Beta site for new technologies and environmental solutions, modified to the urban coastline environment.

The coastline is a public resource affluent in spaces, facilities and services that create an extensive variety of uses for the city’s residents and visitors. The Atarim Group acts to create an accessible, open and safe coastline for its residents. Beginning with renovating the boardwalk and creating a walking and cycling lanes to establishing the Beach Emergency Self Assistance Unit, a control center that supervises public order and the personal safety of visitors along and across the coastline.

The coastline is the largest and most important community center in the city, operating 24 hours, 7 days a week, 365 days a year, available to the public, free of charge. Every year the Atarim Group hosts dozens of events in various areas, which are open to the public. The contents are implanted along the coastline and are carefully selected with the purpose of offering a response to various and varied and comminutes and audiences.

The coastline is Tel-Aviv – Yafo’s backbone and is home to the city’s leisure and commercial areas, parks, boardwalks and four harbors. The Atarim Group develops and manages the coastline’s complexes in a calculated and information-based manner together with various municipal parties. In 2018, the Group completed the process of managing the consolidation of the coastline by merging active areas along the line into one consolidated group: the Tel-Aviv Port, Yarid Hamizrach, the Tel-Aviv Marina, Hatachana, Jaffa Port, Old Jaffa and other assets. The Atarim Group acts to assimilate a unified strategy in wisely managing all the coastline complexes.

The coastline is the most popular tourism site in the city. According to the world cities tourism report 2020, Old Jaffa and the Tel-Aviv Port are among the three most touristic sites in Israel. In order to continue and maintain attractive tourism sites, we promote mutual cooperation and learning with other beach cities across the world.

The opportunities and challenges of managing one of the leading, most versatile and ancient coastlines in the world, enables us to study, improve and promote innovative, urban procedures, that will benefit the city that awakens with its back to the sea and today, more than ever, sees it as its future.